With the T5 2010, Volkswagen Commercial Vehicles is taking a new path in engine strategy.
The tried-and-tested 1.9l and 2.5l pump/nozzle engines used previously have been replaced by a new generation of the 2.0l common rail engines.
This new engine generation ensures that future, stricter exhaust standards will be complied with.
Further development targets included lower fuel consumption and reduced operating costs.
In this self-study programme, you can find out about the design and function of the new engine generation. 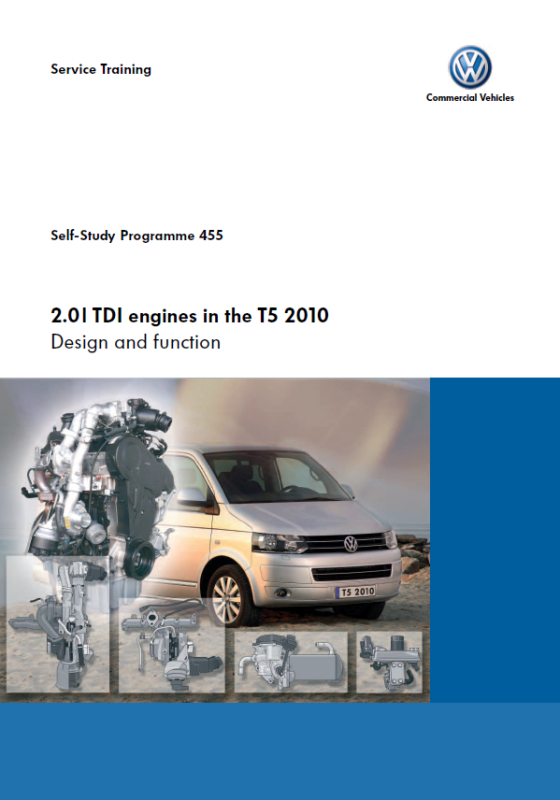